Since 1972, D'Empaire, one of the country’s leading law firms, has been rendering legal services in Venezuela by offering practical and innovative solutions within a complex and challenging business environment. D'Empaire’s 39 attorneys, including its 17 partners, have completed graduate studies in diverse fields of law and some of them are part-time law professors at leading Venezuelan universities. All are admitted to practise in Venezuela, and several are also admitted to practise in the State of New York. Chambers and Partners awarded D'Empaire the distinction of Venezuelan Law Firm of 2009, 2010, 2012, 2015, 2016 and 2017 in the first, second, fourth, seventh, eighth and ninth edition of its Latin America Awards for Excellence. In 2011 and 2014, D'Empaire was recognised by Chambers Latin America with the Client Service Award, together with other distinguished Latin American law firms. 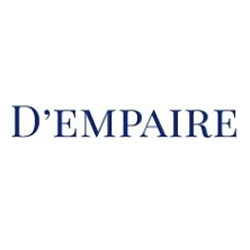