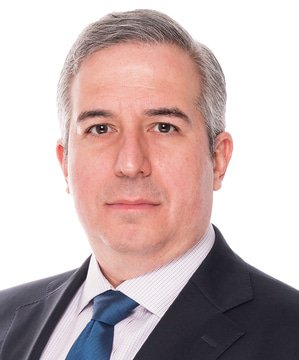 Carlos Mello is Lefosse Advogados’ managing partner. He has acted as leading counsel on several of the most important equity deals in Brazil in the past years and has used his insight into listed corporations and their regulatory experience to develop a wider and successful practice covering M&A and private equity. He has been named by Chambers Latin America as one of the leading individuals in capital markets in Brazil, and by IFLR1000 as one of the leading lawyers in Brazil. Prior to working at Lefosse Advogados, Carlos was a partner at Mattos Filho, Veiga Filho, Marrey Jr e Quiroga Advogados; and an associate at Milbank, Tweed Hadley & McCloy in New York. Carlos obtained his law degree from the University of São Paulo and his master’s degree from Columbia University. He was admitted to the New York State Bar Association in 2002.

Why did you decide to specialise in corporate finance and M&A law?

Very early on in law school I knew I had more interest in the business side of the legal profession than in other areas. I directed my studies and professional experiences – which involved tax, general corporate law and capital markets – towards the goal of being a transactional lawyer. Corporate finance and M&A were the natural fit for me as a lawyer who wanted to be involved in deals.

You have been involved in many landmark transactions. What would you say was the most challenging case you have worked on and why?

The best part of being a lawyer is that every deal and every transaction is unique in its own way. I have deeply enjoyed every deal I have worked on and it is very hard to pinpoint a single one. I would instead highlight three transactions that were very interesting, and give my reasons for picking them:

First, I would highlight the sale of Eldorado by J&F to Paper Excellence. This was very challenging because it was negotiated in the middle of the leniency agreement between J&F companies and Brazilian authorities. There was a great pressure to get the deal done and almost no precedent for the sale of assets of that size with compliance issues. The sale also evolved into a gigantic litigation and arbitration, where several aspects of the sale and purchase agreement had to be analysed by the Brazilian courts.

The second case I should mention is the Eletropaulo Metropolitana follow-on offering and unsolicited tender offer. This deal was originally a capital markets transaction that evolved into a bidding war in the São Paulo Stock Exchange, where Energisa, Enel and NeoEnergia fought bitterly to gain control of Eletropaulo. This was a complex capital markets deal that evolved into something unprecedented in the Brazilian markets, requiring counsel having to deal with unique questions in a very regulated and competitive scenario.

Finally, I must point to the HSBC Brazil acquisition by Bradesco, not only because of the size of the deal, but also because I came from the banking industry to private practice and I do have a soft spot for financial institutions.

What did you learn from your experience working as a counsel at Unibanco? How did the experience help you in your role as a private practice lawyer?

My time at Unibanco was extremely important to my career. While there, I gained significant experience in corporate finance and capital markets – but even more importantly, I also gained a deep understanding of what internal legal departments need from outside counsel. Also, while there I had the opportunity to work alongside great lawyers and with several of the leading firms in Brazil, as well as internationally.

In your opinion, what are the biggest trends on the horizon for the banking and finance sector in Brazil?

It is expected that Brazil’s development bank, BNDES, will decrease its funding drastically in upcoming years. Despite that, Brazil still needs significant investment in infrastructure. Therefore, I believe that the banking and finance industries will have to come up with new and innovative project finance structures, as the traditional BNDES financing will no longer be available. This should create important demand for project finance in industries such as energy, oil and gas, and transportation.

President Bolsonaro has announced plans to privatise in Brazil. What roadblocks could his agenda encounter? Which industries are poised to prosper under his plan, and which will lag behind?

Privatisation projects are always difficult to implement. They require specific regulatory and legal authorisations that will often involve Congress and other government departments. Having said this, the government has already indicated its willingness to privatise certain assets of Eletrobras and Petrobras that have been heading a successful asset sale strategy in recent years. It is also expected that certain liquid positions (including listed shares) currently held by public banks and companies will be subject to sale.

What other initiatives should the new government pursue to spur economic growth?

The most important initiative the government should pursue to revive the Brazilian economy is, of course, the reform of the Brazilian welfare system. Also the so-called (and long-awaited) tax reform is an important piece of the pathway to economic growth.

What makes you stand out to clients in your opinion?

It may sound simplistic, but I honestly believe that clients value hard work and good service more than anything else.

You have enjoyed a very distinguished career so far. What would you like to achieve that you have not yet accomplished?

I very much enjoy what I do, but sometimes I feel that I should be more involved in passing down knowledge and experience to the younger generation of lawyers.