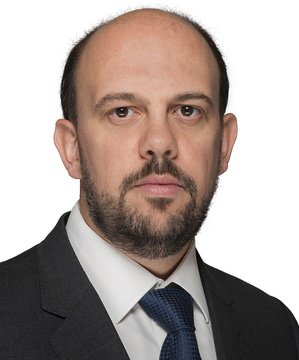 Rodrigo Junqueira is a partner at Lefosse Advogados, specialised in mergers, acquisitions and a large range of financial transactions, including both equity and debt capital markets work, where he has acted as counsel for issuers and underwriters in securities offerings. Rodrigo has acted as counsel in some of the most important M&A and capital markets transactions in Brazil, including Project Arcachon, the global restructuring of Groupe Casino’s e-commerce business, in preparation for Cnova’s NASDAQ listing. He obtained his law degree from the Catholic University of São Paulo and his bachelor’s degree in business administration from the Getulio Vargas Foundation. Rodrigo is recognised by LACCA Approved and has been nominated by Chambers Latin America as one of the leading lawyers in Brazil.

What inspired you to pursue a career in law and in particular, capital markets?

Firstly, I believe it was the opportunity to work with people that made me pursue a career in law, and thus help individuals and clients. It is also important to highlight that I have two degrees: I graduated in law and business administration because I always thought that one could add to the other. It was when I graduated that I realised there was a possibility to merge both law and business practice, which led me to become a lawyer. After that, I focused on capital markets, which was the practice in which I started to work at my first law firm.

Since then, I have been working in capital markets for almost 20 years. Working in this practice area involves big elements of business, and therefore I manage to combine my two degrees – which is also why I believe I have been successful.

Describe your biggest achievement to date.

One of my biggest achievements to date was becoming an important name in the capital markets sector in Brazil. Moreover, I believe I have consolidated a relevant position in Lefosse Advogados, the law firm where I am a partner.

How has Brazil’s capital markets landscape developed since you first started your career?

Since I started in this practice, the activity in capital markets has grown substantially. I started working in it at the beginning of the 2000s, when there were fewer transactions and they were more focused on the US market. In 2002, there was the creation of the Novo Mercado listing segment, and in 2003, companies started to become listed in this specific segment. Then, in 2006 and 2007, we had a huge increase in initial public offerings (IPOs), and the Brazilian capital markets sector grew even more, with a series of offerings from new public companies in the market, follow-ons and other subsequent transactions. The capital markets sector also ignited the M&A market in Brazil around this time, but after that we faced a period of financial crisis, both nationally and internationally. The capital markets practice is a cyclical one, because it depends quite a lot on the local economy and the macroeconomy nationally and internationally. Despite this, I believe the market is much more developed compared to when I first started my career.

What are the greatest challenges facing companies looking to go public in Brazil? What advice would you give clients?

I believe that the first challenge is an organisational one. That means that companies must prepare themselves a lot in terms of governance to be successful when going public in the market. The second challenge is the need for a greater professionalisation of company management because many Brazilian companies are still managed by families and within a family environment. After companies go public, they face big challenges regarding their market relationship, investor relations and how to disclose information, among other things. Even if they are planning to go public, many companies may not necessarily be ready for it.

The advice I would give to clients looking to go public is to begin with a plan well in advance, even before they start the process. I would recommend companies hire a financial adviser and retain a trustworthy lawyer with a broad experience in the market so that they can guide the planning efforts and, when it’s time for the IPO, the company will be much more prepared to access the market.

As of January 2019, Brazilian banks must comply with the new Basel III capital requirements. How are stricter international capital rules impacting the business environment in Brazil?

I would say that Brazilian financial institutions are very well prepared and adapted to the new rules of Basel Convention III. Hence, I don’t think there will be a big impact or a negative impact on the local business environment. I believe that some adjustments will be needed to adapt to the standards, but banks are much more prepared for these requirements than ever.

What was the most challenging case you have ever worked on and why?

The most challenging cases are those that force us to work with many components and across various practices – for instance, a case where we have an M&A that leads to a later transaction in the capital market, like the trigger of a tag-along tender offer or big corporate restructurings, in Brazil or abroad. I have worked on cases like this that are intellectually challenging and sophisticated, since they involve many senior professionals and a lot of interaction with the main executive officers and controlling shareholders.

Given the increasing sophistication of in-house legal teams in Brazil, how is Lefosse adapting to address new client demands and stand out from the competition?

I agree that in-house counsel have become increasingly sophisticated in the past few years, and I see that they have also become more demanding of their law firms. This helps our job a lot because their sophistication makes it easier and faster for us to work together to solve problems, because clients are more used to solving complex cases and issues, as opposed to dealing with less professional and less sophisticated legal departments. The increasing sophistication of in-house teams is actually very good news.

What would you say has been key to your success?

There are some elements that I can point to as being key to my success and I also believe they stand as pillars to the success of any lawyer.

First, thoroughly understanding the client’s business is key. My degrees in business and law always helped me to understand the company, the strategy, and the reason behind any transactions. This allows me to contribute to the case, to the client and to solving problems with a business strategy in mind.

Perception is also crucial. When we are involved in a transaction, we need to be aware of the opposite side, of its view and goals, and how they must be managed. Each case is a different case, which means that we need to adapt ourselves according to each one in a way that we can manage to stand out. It is by being a lawyer that you manage to understand the situations and issues, add value, and work towards protecting the client and mitigating risks.