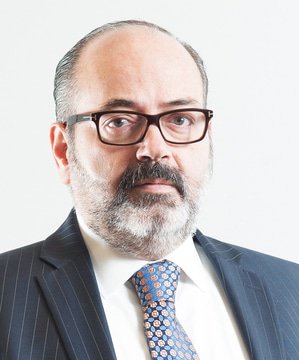 Antonio Tavares Paes Jr is a partner at Costa Tavares Paes Advogados in Brazil. Former roles include general counsel (and interim CFO) of Telenova Communications; international attorney at SG Archibald, White & Case, and Fox & Horan; senior vice president of private equity at Scudder Kemper Investments; and vice president of project finance and Latin American corporate finance at Chase Manhattan Bank. He has a law degree from the University of Rio de Janeiro and an LLM from Columbia University. He is a member of the Brazilian and New York State Bars, the American Bar Association, and the Global Cyber Institute. His practice areas are corporate/M&A, financial services, insolvency, infrastructure, aviation, commercial law, compliance, cybersecurity, data protection and dispute resolution.

Can you describe your career to date?

I have had a diverse career up to now. I started as a lawyer at a Brazilian firm and went to New York City to pursue an LLM at Columbia Law School in 1987. The idea was to spend nine months in New York and then return to Rio de Janeiro, where I was practising law at the time. I ended up spending 16 years abroad, during which time I worked at two US law firms in New York and one law firm in Paris, before moving into finance for almost 10 years. I then went back to the practice of law as a partner in a US law firm I founded in New York, and also worked as a general counsel for a telecoms company in Miami.

My return to Brazil came as a natural development, and I founded a law firm that is one of the predecessors of the current one, Costa Tavares Paes Advogados. So, practising law and working in finance in three different continents, and venturing into areas I never thought possible do provide for an interesting journey thus far. Let’s see what will be in store for the next few years ...

What do you enjoy most about being a corporate and M&A lawyer?

The diversity of issues that come up in every deal. Sure, there is a portion of these activities that can actually be quite boring, but as the deals get near closing, the intricacies that surface are challenging and require creative approaches – this is where the joy of the work is for me. Also, since I spend a good portion of my time doing dispute resolution work, I end up using experience in that area to propose solutions in an M&A structure that are often different from what would be the norm. Most of all, I enjoy the quality of the lawyers working on such deals – it is always good to be challenged intellectually and to see how sophisticated professionals go about their work.

What is the most memorable case you have ever worked on and why?

I have to say that two cases were very important in my career. The first is when I worked as the project manager for the first truly 100% private sector project financing in Latin America in 1992 and 1993: the Mamonal Project in Colombia. Absolutely new concepts were introduced in the region through this deal and gained ground in various countries.

The second case was a litigation in Brazil, which started as a relatively small case and mushroomed into a US$2.5 billion case, which we won fair and square, against so many odds that I will eventually write a book about it.

What are the biggest challenges for practitioners in your field?

Be it in M&A transactions or in dispute resolution, the biggest challenge is the lack of predictability of court decisions and the constant changes in case law. While Latin America, and more specifically Brazil, does not follow common law principles in general, in which case law has special relevance, court decisions have become a relevant paradigm for corporate transactions and litigation as well. There is a need to encourage a continuing and progressive effort to strengthen the rule of law and to enable courts of all jurisdictions to apply case law in the best manner for all parties involved - leading to an increase in predictability and, therefore, credibility. The situation is considerably better today than when I started practising law, almost 35 years ago, but there is much to be improved still.

What do you foresee in terms of business and investment opportunities in Brazil over the next year? Does the new pro-business government spell good news?

A lot of what drives opportunities in an economy is perception – as in life in general, optics plays an important role. For as long as the perception remains that the current government will be conducive to economic reform and stability, market players will continue to have hope – and sometimes invest – based on these perceptions. However, after a while, perceptions wear thin and must be replaced by accomplishments, and this is when the situation gets complicated. If we consider that the current government in Brazil will be able to maintain a modicum of the promises it made during the electoral campaign, we should have substantial development in infrastructure, M&A and compliance – including data protection matters.

How can Brazil’s business landscape be improved in your opinion?

As indicated in the previous question, when perceptions become accomplishments the overall situation should take a definitive turn for the better. There can be temporary improvements in the meantime, but sustainable growth depends on economic and other reforms that the federal government has sponsored thus far. When we reach a point where such reforms will have been consolidated, the business landscape in the country will be altered positively and definitively.

What changes have you recently noticed in terms of clients’ legal service expectations and how is the firm adapting?

Despite advances in technology, face-to-face contact continues to be relevant and has increased in importance for specific matters. This is relevant due not only to the personal trust that is still crucial between lawyers and clients, but also to issues of confidentiality. I have seen an increase in requests for in-person meetings as a result. Also, we have seen a higher demand for advice that is not only technical in legal terms, but is also based on sensible and experienced advice - almost the return of the old “consigliere” position. This is striking in many respects, especially in a day and age where there is a “commoditisation” of legal services and talk about AI disrupting the market. Yes, AI will play an immense role, but it will not replace the true, time-tested counsel.

What is the best piece of advice you’ve ever received?

Oh, this is an easy one. I heard a phrase a while ago, around 1983, which I liked very much - so much so that I have it in a portrait on the wall facing my desk: “No one ever achieved greatness by playing it safe.” I do not know who said or wrote it, but this person was right.