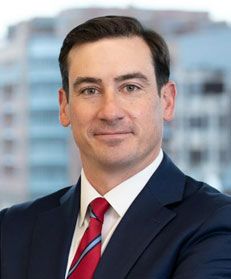 G Zachary Terwilliger is a partner at Vinson & Elkins LLP based in Washington, DC. Zach advises corporate clients and individuals who are subject to criminal investigations and civil enforcement actions. Additionally, he handles uniquely Washington problems related to congressional inquiries and interfacing with leadership at the highest levels of the Department of Justice.

Prior to joining Vinson and Elkins, Zach served for 14 years at the Department of Justice. His most recent position was as the presidentially appointed and Senate confirmed United States Attorney for the Eastern District of Virginia – home to some of the most complex and high-profile cases in the country. Zach also served as an Associate Deputy Attorney General in the Office of the Deputy Attorney General with responsibility for criminal matters.

Zach also spent over a decade as an Assistant United States Attorney in the Eastern District of Virginia. Just prior to becoming an AUSA, Zach served as law clerk to the Hon. K. Michael Moore, who serves as the Chief Judge of the United States District Court for the Southern District of Florida. Zach graduated with highest honours from William & Mary School of Law. He obtained his undergraduate degree at the University of Virginia.