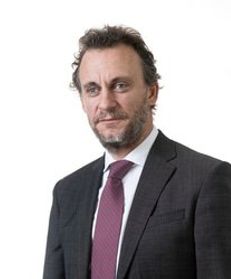 Tomás M. Araya is a partner in the Financial and Capital Markets, M & A and Restructuring areas.He has specialized in financial restructuring operations, having represented debtors and creditors, including domestic and foreign banks, in various debt restructuring processes, including the restructuring of several local banks. He has also actively participated in complex litigation, some of them involving cross-border insolvency claims. In recent years, he has actively participated in local and international issues of debt securities and shares. He has extensive experience in financing and securitization of banks, as well as debt restructuring.In addition, he has led our teams in several cases of corporate purchases and mergers and acquisitions in industries such as renewable energy, oil and gas, food and retail, among others. Tomás is a Fulbright Scholar and an officer of the Insolvency Section of the International Bar Association (IBA).He holds a Master of Laws (LL.M.) from New York University (NYU) and is admitted by the New York State Bar. He is a professor at several universities and regularly lectures on issues of financial law, corporate law and debt restructuring.