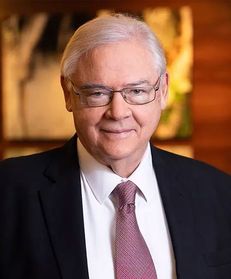 Thomas Felsberg is the founding partner of Felsberg Advogados and a global reference in the area of insolvency and debt restructuring. Recognised by publications such as Latin Lawyer, Chambers and Partners, The Legal 500 and Leaders League as one of Brazil’s leading insolvency lawyers, Thomas was a member of the committees responsible for the drafting of the current Business Restructuring and Insolvency Law in Brazil. He is the first Latin American lawyer to receive Global Restructuring Review’s Lifetime Achievement Award, for his work in restructuring and insolvency with respect to Brazilian and foreign companies, which he received in June 2019.

Thomas is a member of the American Bankruptcy Institute; American College of Bankruptcy; the advisory board of the Brazilian Association of Infrastructure and Base Industries (ABDIB); INSOL International; Brazilian Institute of Business Recovery Studies (IBR); Legal Council of the Federation of Industries of the State of São Paulo (FIESP); and the board of the Columbia Global Center of Rio de Janeiro. He serves as president of the advisory boards of both the Columbia University Club of Brazil and TMA Brasil. Thomas holds an LLM from Columbia University and an LLB from the University of São Paulo.