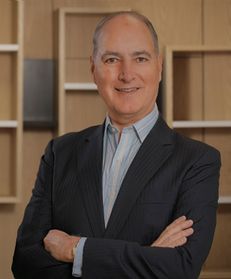 Sergio Michelsen has been a member of Brigard Urrutia since 1992 and partner since 1994. With more than 30 years of extensive experience, Michelsen advises leading local and foreign companies in corporate M&A transactions as well as clients in respect of telecommunications, media and technology matters. He also counsels prominent families in connection with their private wealth. Over the course of his distinguished career, he has consistently been recognised in Colombia and internationally as one of Colombia’s leading M&A and TMT practitioners. He has acted as lead counsel in many of Colombia’s largest and most complex transactions.

Among his most prominent transactions, some of which have won the ‘Deal of the Year’ award in Latin America, is the advice for SABMiller in the acquisition through a merger of Bavaria SA, the second-largest brewer in South America for US$7.8 billion, acting for the French retailer Casino in the sale of a controlling stake in GPA in Brazil and Libertad in Argentina (US$ 1.8 billion), and advising Millicom International in its merger with UNE-EPM (valued at US$4,348 billion).

Having participated in transactions for values in excess of US$60 billion, Michelsen also serves on the boards of highly respected not-for-profit organisations.

Michelsen received his JD from the Andes University and holds a master’s degree in commercial law from the University of Paris II, France. He also completed an intensive course in project finance at the Euromoney Institute in New York, and several negotiation and management courses at Harvard University. He has also been a professor and frequent lecturer in the national and international realm.