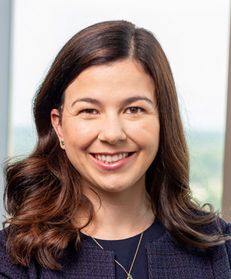 Scott D Andersen is the co-managing partner of Sidley’s Geneva office. His practice focuses on the use of WTO rules to resolve international trade disputes. This includes working with companies, trade associations and governments to resolve market access barriers and unfair conditions of competition. Scott is actively involved in WTO disputes concerning agricultural and industrial actionable and prohibited subsidies, sanitary and phyto-sanitary measures, technical regulations and standards, and various forms of discrimination. Since 2005, he has headed up a team assisting developing countries to challenge and resolve market access problems related to trade-distorting and prohibited agricultural subsidies as well as SPS and TBT measures.

Between 1995 and 2000, Scott was a legal adviser to the US Mission to the WTO in Geneva, Switzerland where he represented the United States in more than 30 disputes before the WTO before panels and the Appellate Body. During that time he was also the Geneva USTR-based negotiator for environment, investment, balance for payments, fishing subsidies, and customs valuation issues between 1996-2000.

Prior to his arrival in Geneva, Scott worked for five years at the US International Trade Commission focusing on anti-dumping and intellectual property issues as well as playing an active role in the US delegation to the NAFTA investment negotiations. Between 1980 and 1988, he was a litigator in private practice in Washington, DC involved in contract, commodities and security fraud cases in US federal courts.

Scott features prominently in the international trade and WTO rankings of the leading bar publications such as Chambers, The Legal 500 and Who’s Who Legal.