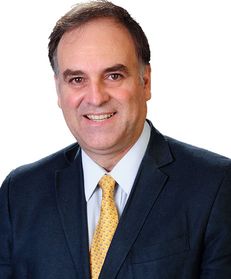 Roberto E. Silva, Jr. has been a partner at Marval, O’Farrell & Mairal since 1996 and is a member of the Firm’s Bank & Finance team.  He has over 30 years legal experience.

He is also a leader in the capital markets area, having participated in numerous issuances (local and international) as well as IPOs, having advised Morgan Stanley, Oppenheimer, Bank of America and Goldman Sachs, among others.  He also advised in the exchanges of notes of Aeropuertos Argentina 2000 S.A. and has advised in the Sovereign Debt area where, in the 90s, he participated in the Brady Plan for Argentina.  Latin Lawyer has characterized him as a key name in the area.

He has also advised in several restructurings (Banco Galicia, Banco Hipotecario, Atanor, Provincia Leasing and Massuh, among others) as well as non-banking M&As. He participated in the Stoneway / Araucaria project finance which has been characterized as a landmark transaction.

He has actively advised in local and international lending to clients such as AIG, Morgan Stanley, La Caixa, Banco Galicia, ICBC, Banco Ciudad as well as multilaterals such as IFC, IIC, FMO and DEG.  Latin Lawyer has characterized him as a star dealmaker.

Since 2001 he has specialized in the FX controls field having successfully handled around 50 related Central Bank administrative proceedings and financial criminal lawsuits.

Roberto has been consistently ranked in Band 1 in Banking & Finance by Chambers and equally recognized in his areas of practice by the other specialized publications such as Latin Lawyer, International Who’s Who Legal of Banking Lawyers, Apertura, PLC Which Lawyers, Best Lawyers, etc.

He has been Co-Chair of the Banking Law Committee of the International Bar Association (IBA) and Secretary of the Chamber of Trusts and Productive Activities (CAFIDAP).  He is a member of the Bank Lawyers Committee.

He is a graduate of the University of Buenos Aires and has obtained an LL.M from the University of Illinois at Urbana – Champaign.  Prior to joining Marval, he worked as foreign associate for Shearman & Sterling in New York (1991-92). He has written a number of articles on issues related to his areas of specialization and has frequently lectured thereon in Argentina and abroad.