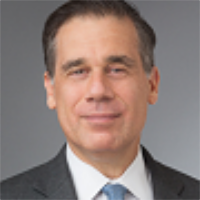 Rob Holo is partner in the firm's tax department. Mr Holo specialises in federal income taxation, with an emphasis on corporate mergers and acquisitions (including tax-free reorganisations and spin-offs), cross-border tax matters, joint ventures, and capital markets and financing transactions.

The clients Mr Holo has represented in merger and acquisition transactions include Ingersoll-Rand, Eaton Corporation, Tyco, PPL, LexisNexis, TPG, JPMorgan Chase, and Accenture. Mr Holo has advised numerous banks, domestic and foreign corporations and investors in connection with the structuring of acquisitions and dispositions, with an emphasis on cross-border tax issues, as well on US and cross-border financing transactions. Additionally, Mr Holo advises on many of the capital markets and joint venture transactions handled by the firm in Asia, Latin America and Europe. Representative clients include Goldman Sachs, JP Morgan, Barclays, Citigroup, Deutsche Bank, Mizuho, Bank of America Merrill Lynch, BTG Pactual, and the Royal Bank of Scotland.

Mr Holo joined the firm in 1997 and became a partner in 2001. He received his BA in 1987 from the University of California, Santa Cruz, where he was elected to Phi Beta Kappa. He received his JD in 1991 from the University of California, Los Angeles, where he was elected Order of the Coif and was an editor of the Law Review. He was a law clerk to the Honourable Pamela Ann Rymer (Ninth Circuit) from 1991 to 1992. He is admitted to practise in New York and California.