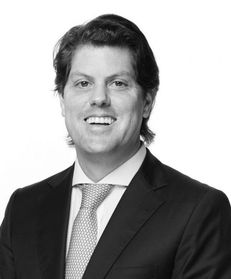 Rafael Boisset is a partner at Philippi Prietocarrizosa Ferrero DU & Uría (PPU) and country manager for Peru. He is an expert in corporate matters as well as mergers and acquisitions of private and listed companies in various economic industries, representing both sellers and buyers.

He joined PPU (formerly Ferrero Abogados) in 2004, and has been involved in M&A and corporate transactions since then. In 2007, he joined Veirano Advogados as an international associate. In 2008, he obtained his LLM in Corporate Law at Columbia University School of Law, New York. In 2009, he worked as a foreign associate in the NY office of Cleary Gottlieb Steen & Hamilton in its Latin American practice. In 2010, Rafael joined Creel Garcia- Cuellar Aiza & Enriquez in Mexico City. Rafael then rejoined the PPU team, becoming a partner in 2012 and focusing his experience on M&A transactions, banking and finance and general corporate affairs.