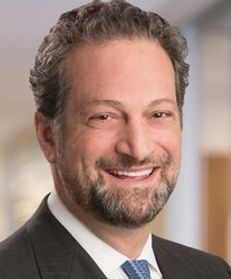 Peter Spivack is a partner in the investigations, white-collar and fraud practice area at Hogan Lovells and served as the global co-leader of the practice for six years. Peter has extensive experience in working with multi-jurisdictional investigations, including matters involving allegations of bribery and corruption under the FCPA, the UK Bribery Act, and other anti-bribery laws. He has represented companies and individuals in investigations brought by multilateral institutions such as the World Bank and Inter-American Development Bank. Peter has represented companies and individuals in anti-corruption investigations, compliance programme enhancement, and compliance training in many parts of Latin America, including Argentina, Brazil, Colombia, Costa Rica, and Mexico. His anti-corruption work has involved advising clients in many different industries, such as aerospace, energy, infrastructure development, medical device and pharmaceuticals. He is recognised in Chambers, Legal 500, Best Lawyers, Who’s Who Legal, and other legal directories. Peter served as an Assistant United States Attorney in Los Angeles from 1990 to 1997 and has been in Washington, DC for the past 20 years at Hogan Lovells.