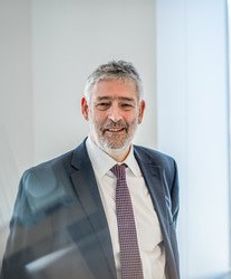 Paul A Holmes, CEO, North America, advises clients in areas including strategic and crisis communications, litigation support, public policy, regulatory issues and governance matters. He joined Finsbury in 2007 and has represented several of the world’s largest companies in the financial services, media, retail, transportation, insurance and healthcare sectors, among others. Before joining the firm, Paul had a long and successful career in international journalism. He has worked in more than 50 countries, covering conflict, politics and business. He was the political and general news editor at Reuters for five years. Paul is a co-author of four books on international affairs and an Ethics Fellow of the Poynter Institute of Journalism Studies in St Petersburg, Florida. He speaks fluent French, German and Italian and holds a bachelor’s degree in modern languages from the University of Exeter in the United Kingdom.