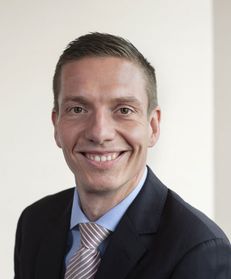 Michael Oestreich has more than 15 years of experience in advising his clients on in-court and out-of-court restructurings. Michael has advised airlines and aircraft lessors during Chapter 11 restructurings and out-of-court turnarounds in North America, South America, Europe and Africa. He partners with his clients to create business plans, improve liquidity, identify cost-saving opportunities and improve profitability.

Michael’s experience includes developing a five-year business plan for a North American network airline operating in Chapter 11. Michael advised a network airline in the Middle East on a comprehensive operational turnaround, including a new fleet and network strategy. Michael advised an airline in southern Africa on an operational turnaround and facilitated negotiations with the shareholders to inject additional equity. He also advised the largest US independent helicopter-leasing company on fleet strategy and aircraft values during their Chapter 11 restructuring.

Prior to joining AlixPartners, Michael was a senior principal at Seabury Consulting. Michael also worked at American Airlines, where he negotiated with the pilot union during Chapter 11 and led initiatives to improve network profitability. Michael has an MBA from the Massachusetts Institute of Technology’s Sloan School of Management.