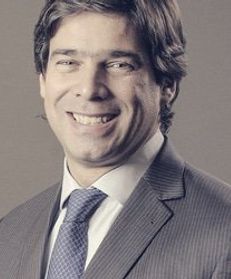 Maximiliano D'Auro is a partner at Beccar Varela, having joined the firm in 2000. He is a member of the Executive Committee and heads the Anti-Corruption and Compliance Department.He has broad experience in banking and financial law, advising both foreign and local financial institutions not only on structuring complex financial transactions but also on specific regulatory matters. He also provides legal advice to national and multinational companies in all aspects of anti-corruption laws, regulations and compliance. His expertise relates specifically to the prevention aspects of the anti-corruption legal framework, the implementation of codes of ethics and compliance programs.Maximiliano obtained his Law degree from Universidad Nacional de Mar del Plata (1997) and his Master of Laws (LL.M.) from the London School of Economics (2000). He worked as a foreign associate at Gómez Acebo & Pombo (Barcelona, Spain, 2003). Prior to joining Beccar Varela, Maximiliano worked as a legal clerk for a Federal Court. He obtained extensive experience in litigation, which he still puts into practice working with the firm's Litigation Department, assisting clients in complex judicial cases, class actions and corporate investigation.Maximiliano is a member of the Colegio Público de Abogados de la Capital Federal (Buenos Aires Bar Association), secretary of the Comité de Abogados de Bancos de la República Argentina and president of the Compliance Committee of the Colegio de Abogados de la Ciudad de Buenos Aires. He is a member of the International Bar Association (IBA); Conference Quality Officer of its Anticorruption Committee, as well as the Argentine contributor for its Anti-Money Laundering Forum. He is also an honorary member of the International Association of Young Lawyers. He has participated as a speaker in many conferences and written articles on anti-corruption, commercial fraud, anti-money laundering, asset tracing and recovery. Maximiliano was invited by the OECD to participate, as a private practitioner, in the evaluation of Argentina on the OECD Convention on Foreign Bribery (Buenos Aires, 2014).He has been recognized by Chambers Latin America, Chambers Global, The Legal 500, Who's Who Legal, Latin Lawyer 250, LACCA Approved, LACCA Thought Leaders, IFLR 1000 and GIR 100.He speaks Spanish and English.