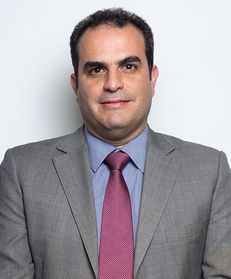 Mauricio leads Miranda & Amado’s dispute resolution group. His practice focuses on litigation and arbitration, with broad experience in complex regulatory disputes regarding infrastructure and construction projects. He has participated in a variety of important disputes, successfully counselling transnational corporations in more than 100 arbitrations, both domestic and international, under ICC, UNCITRAL, ICSID, CCL, AMCHAM and PUCP rules, among others, as well as in more than 500 judicial, commercial, civil, contentious-administrative and constitutional proceedings.

He has been recognised as a market-leading lawyer, both in arbitration and litigation matters, by the most prestigious international publications. He is a member of Peru’s ICC Arbitration Committee and the Club Español del Arbitraje, and is among the List of Arbitrators of the Lima Chamber of Commerce. He has been a partner at Miranda & Amado since 2005, having joined Miranda & Amado as an associate in 2003. Prior to that, he was a partner at Estudio Jorge Avendaño V Abogados from 1998 to 2003, and an associate at Delfino, Pasco, Ísola, Avendaño Abogados from 1996 to 1998. Mauricio graduated as a lawyer from the University of Lima. He is a native Spanish speaker and is fluent in English.