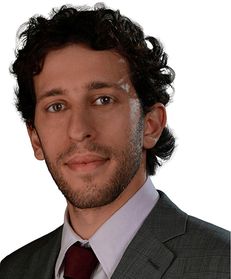 Martín Vainstein joined Marval O’Farrell Mairal in 2014 and is a senior associate in the litigation and arbitration department. Previously, he worked at Abeledo Gottheil Abogados. He has participated in a significant number of local and international arbitrations and has extensive experience in both investment and commercial disputes. He graduated with honours from the University of Buenos Aires with a degree in law in 2012 and he has completed a master’s in economics law at the Universidad Torcuato Di Tella. He is currently a Master of Law (LLM) candidate at Georgetown University, where he was selected as one of the programme’s International Arbitration Scholars. Martin has also completed an internship at ICSID. He has written many articles in his practice area. He also coaches some of the University of Buenos Aires’ teams participating in commercial and investment arbitration moots. He actively participates in arbitral forums such as the ICC YAF and the Young Arbitrators Committee of the Centro Empresarial de Mediación y Arbitraje (CEMA) of which he is coordinator.