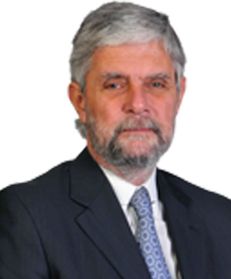 Martín Campbell specializes in commercial, business and financial litigation and bankruptcy law. He was a partner of Marval, O'Farrell & Mairal from February 2000 to July 2015. Since August 2015 he is Of Counsel.

He advises companies on matters in these areas of specialization and on restructuring of private debt. He also has vast experience in matters relating to the refinancing of bank loans.

He graduated as a lawyer from the Universidad Católica Argentina in 1973.

He has more than 40 years’ experience. He has led many of the most complex cases handled by the firm, including among others Telecom Argentina (the largest corporate restructuring in Argentine history.

He has written articles in national and international publications, a chapter related to the impact of insolvency in security trusts included in a publication “Tratado de Fideicomiso” and has taken part in conferences on matters related to his area of specialization.

He is fluent in English and Spanish