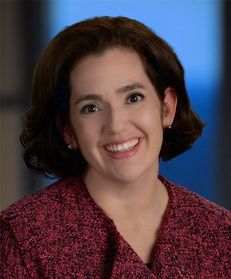 María González Calvet serves as co-chair of the firm’s award-winning global anti-corruption and international risk practice and Latin America initiative, and is a former US federal prosecutor and former in-house executive counsel of a Fortune 500 company. With a practice that spans two decades, María is recognised for her significant experience in anti-corruption and other investigative matters in Asia, Africa, Latin America and Europe, and in every significant business sector. María is widely recognised as a thought leader in anti-corruption, particularly on anti-corruption risks and enforcement trends in Latin America. As one client noted to The Legal 500, ‘María is super experienced when it comes to performing internal investigations, speaks perfect Portuguese and Spanish and understands the Latin culture.’ María is quoted frequently in the press for her expert commentary on anti-corruption issues and publishes a number of articles for well-known publications, including Law360, The Anti-Corruption Report and Latinvex. Notably, María is a contributor to GIR’s 2021 Latin America chapter of The Practitioner’s Guide to Global Investigations. María also developed Ropes & Gray’s Anti-Corruption Legislation in Latin America Reference Guide, which highlights the firm’s depth of knowledge in the Latin America region.