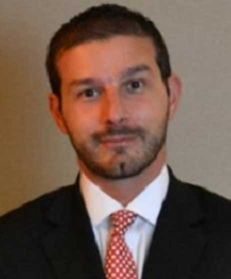 José Ignacio El-Mir Arnedo leads the M&A practice based in Mexico, which comprises more than 135 professionals in various teams, including valuations, acquisitions, restructuring, corporate finance and post-deal integrations, and serves the interests of its client portfolios throughout the Latin American region.

He developed his career in the capital markets space, helping clients in their equity and debt issuances, registered and private placements, and exit strategies mainly in the Mexico and the US markets. During his tenure at PwC, he has had the opportunity to lead projects in countries such as Mexico, Panama, Venezuela, Peru and Colombia, and has worked in several offices, including Spain, the United States and Germany, accumulating significant international experience.

José has been with PwC for more than 22 years, completing and assuming several phases and responsibilities, developing local and foreign markets and being an active part of iconic transactions in the region. As a partner, he specialises in the financial services sector, specifically traditional banking and cross-industry in

private equity portfolio companies. He has collaborated as an adviser, facilitating and leading complex processes for entities interested in becoming public as part of their growth and exit strategy for capturing funds for later phases.