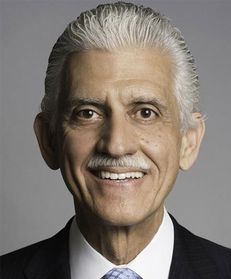 Described as ‘a brilliant strategist who always has absolute command of the subject matter and is always prepared’, José Astigarraga is an experienced advocate and arbitrator. Cited for his ‘extraordinary critical thinking skills, strategic planning, extensive international relationships and depth of experience’, which ‘put him on a level all by himself ’, José is one of only six lawyers worldwide ranked by Chambers in the top band of international arbitration practitioners for Latin America and one of only 11 lawyers ranked in the top band of international arbitration practitioners in the United States. He currently serves on the International Chamber of Commerce’s Commission on Arbitration, and previously led the International Bar Association’s worldwide task force on the Guidelines for Arbitrator Conflicts of Interest. He served as vice president of the London Court of International Arbitration for much of his 10 years on the court. He was appointed by the US government to advise the NAFTA Commission on the development and promotion of international arbitration in the region, and served as an expert for the US Department of State at the private international law conference of the Organization of American States. Sources: Chambers Latin America 2020, 2022; Chambers USA 2020, 2022; Chambers Latin America 2017, 2014; Chambers USA 2011.