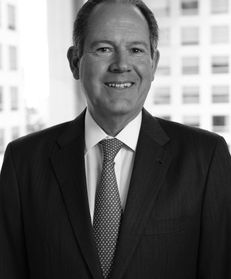 Since 1 February 2012, he has been the partner responsible for the labour, employment, social security and immigration practice group of Basham, Ringe y Correa SC.

Dedicated to the practice of labour, employment and social security law, both collective and individual, litigator, strategist and counsellor.

Has lectured before different associations, Chambers of Commerce, etc, in the fields of labour and constitutional law.

2011 pro bono award recipient from the Mexican Bar Association for his dedication in serving the community in labour and employment aspects.

Active participant in the corresponding committees of labour and employment law in all of the associations mentioned above.

Chambers Latin America
Mr Jorge de Presno is one of the country’s leading labour lawyers. He has an outstanding reputation in the market and is hailed by clients as “responsive, thorough, experienced and well connected in the market”.

Who’s Who Legal
Mr Jorge de Presno has one of the “most highly regarded labour law practices in Mexico City", a Thought Leader in the country.

Named Labour and employment Lawyer of the year 2018 in Mexico by Best Lawyers.

Obtained his law degree from the Universidad Iberoamericana. Author of the professional thesis “Los Conflictos Colectivos de Titularidad”. Obtained a master's degree in comparative jurisprudence from the Dickinson School of Law of the Pennsylvania State University in Carlisle Pennsylvania, US, author of the law master's thesis “Conflicts of Law, Jurisdiction and Mexican Law”.