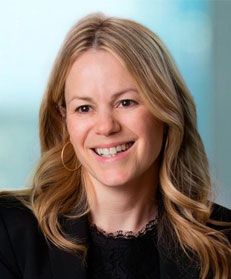 In her role as co-chief, Ms. Strauber supervised investigations and prosecutions involving terrorism and national security, arms trafficking, money laundering, violations of export controls and economic sanctions, and global narcotics trafficking. Ms. Strauber supervised the successful prosecution of several high-profile terrorism and national security cases, including Faisal Shahzad (attempted Times Square bomber) and Mansour Arbabsiar (in connection with a conspiracy to assassinate the Saudi Arabian ambassador to the United States). She also was part of the team that secured the guilty plea of Jamaican drug lord Christopher Coke. In 2011, she was the recipient of the Attorney General’s Distinguished Service Award. Earlier in her career, Ms. Strauber clerked for U.S. Supreme Court Chief Justice William H. Rehnquist. She also served as a Bristow Fellow in the Office of the Solicitor General in the U.S. Department of Justice and clerked for the Hon. A. Raymond Randolph in the U.S. Court of Appeals for the District of Columbia Circuit.