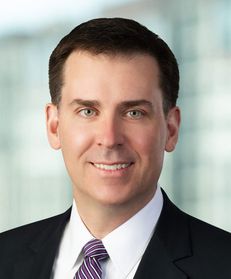 James Koukios is a partner in Morrison & Foerster’s Washington, DC office, and serves as global co-head of the FCPA and anti-corruption practice. Mr Koukios represents companies and individuals in high-stakes government enforcement actions and complex internal investigations. An experienced trial attorney and former federal prosecutor, Mr Koukios has tried over 20 federal jury cases, including serving as the lead prosecutor in two landmark FCPA-related trials: United States v. Esquenazi and United States v. Duperval. James has been ranked by Chambers & Partners in their US guide for Nationwide FCPA.

Prior to joining Morrison & Foerster, James served as the senior deputy chief of the fraud section in the criminal division of the DOJ. In that role, he supervised investigations, prosecutions and resolutions in the fraud section’s FCPA, healthcare fraud, and securities and financial fraud units. He was also a key contributor in drafting the DOJ and SEC joint publication, ‘A Resource Guide to the US Foreign Corrupt Practices Act’, which followed a series of consultations with business and compliance leaders. Along with his role as senior deputy chief, James has also held numerous government positions, including assistant chief in the fraud section’s FCPA unit, special counsel to former FBI director Robert S Mueller III, and as an Assistant US Attorney in the Southern District of Florida.