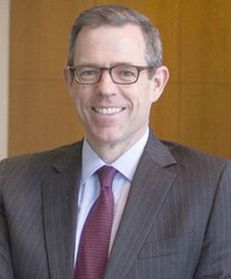 Jim Bromley is a partner in Sullivan & Cromwell’s finance and restructuring group and is the co-head of the firm’s global restructuring practice. Jim’s practice focuses on domestic and cross-border restructuring, and giving bankruptcy advice to a broad spectrum of corporate clients, including debtors, creditors, sponsors, strategic acquirers and government actors. He is widely regarded as a leading litigator on bankruptcy and insolvency matters, having tried multiple cases before state and federal courts across the United States, including serving as lead trial counsel in the ground-breaking months-long Nortel Networks allocation trial that took place simultaneously in Canada and the United States.

For three decades, Jim has advised on the most prominent restructuring matters across a wide group of industries including aviation, automobiles, oil and gas, telecommunications, shipping, mining, financial services, energy and retail. He has had leading roles in the Lehman Brothers, General Motors, Chrysler, Toys ‘R’ Us, Sears and Overseas Shipholding Chapter 11 proceedings, among others. Most recently, Jim served as lead counsel to California Resources Corporation in successful 2020 Chapter 11 proceedings, in which over US$5 billion in debt was restructured on a consensual basis in just over 100 days, and as counsel to Belize in connection with their sovereign debt. Jim is also one of the leaders of the firm’s representation of the interim government of the Bolivarian Republic of Venezuela. In addition, Jim has an active pro bono practice, which included serving as lead counsel in a landmark four-week jury trial that yielded unanimous verdicts that conversion therapy is a violation of the New Jersey Consumer Fraud Act.