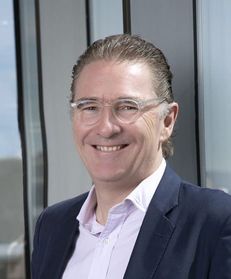 Ignacio is a prominent corporate lawyer who does not like to be left out. As co-leader of the Galician Mergers and Acquisitions practice, he focuses primarily on supporting clients in mergers and acquisitions, private equity, real estate and general corporate matters.

For more than 20 years, Ignacio has worked closely with funds and venture capital companies in their institutionalization, capital raising and general corporate finance issues.

His business focus and interest in his clients' businesses have led Ignacio to be an active member of various boards of directors of public and private companies, as well as non-profit organizations.

Consistent with his constant curiosity and entrepreneurial mindset, he attended IPADE's senior management program and earned a Master of Laws from New York University. In addition, he was approved to practice law in the State of New York, which he subsequently renounced.

Ignacio is the only Mexican on the Mergers and Acquisitions Law Committee of the International Bar Association (IBA) and in his capacity as Special Projects Officer, he repeatedly participates in international forums focused on the practice of mergers and acquisitions and capital. private.

He has been recognized by leading international publications such as Chambers and Partners , The Legal 500 and Latin Lawyer as one of the most prominent lawyers in his area of ​​practice in Mexico.

Ignacio also has an affinity with the academic world and regularly participates as a visiting professor in the Executive MBA of the Tec de Monterrey in Mexico City, and in the Galicia Chair of the Faculty of Law of the Universidad Panamericana. He is committed to the professional development of the new generations of the Firm and is an active speaker in the firm's professional development programs.

Her mother tongue is Spanish and she is fluent in English.