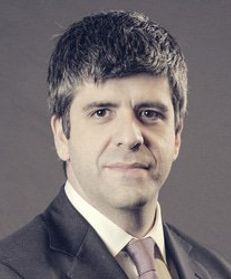 Gustavo Papeschi is a partner at Beccar Varela, having joined the firm in 2007.

Gustavo specialises in corporate advice, banking and financial institutions, anti-corruption and compliance. He also has extensive experience in advising on distribution and franchising agreements, and on private international law matters.

He obtained his law degree from University of Belgrano in Buenos Aires (first in class Academic Merit Recognition, 2006) and his master of laws (LLM) in international and comparative law from Southern Methodist University, Dedman School of Law (Dallas, Texas, US, 2013). He worked as a foreign associate at Haynes and Boone, LLP (Dallas, Texas, 2013) and at Holland and Knight, LLP (Miami, Florida, 2014).

Gustavo has been awarded an Excellence Award granted by the City of Buenos Aires Bar Association (2005).