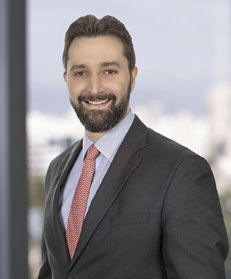 Eloy Rizzo is a partner at Demarest Advogados, based in São Paulo, Brazil. He is the chair of the firm’s compliance, investigations and white-collar practice group, where his practice focuses on internal investigations related primarily to Brazil’s anti-corruption legislation and associated litigation matters. He has assisted companies from around the world with multi-jurisdictional investigations and has special expertise with US–Brazil cross-border investigations (he is ranked in Chambers Global and Chambers Latin America as Band 4 in compliance). In 2015, Rizzo spent 10 months as a visiting associate in the FCPA and international anticorruption practice group at Miller & Chevalier in Washington, DC.

He has extensive experience in conducting complex investigations focused on potential violations of anticorruption laws, including at the FCPA and UKBA in multi-jurisdictional cases. In addition, Eloy is a leader in training management and employees, conducting compliance risk assessments, and dealing with administrative and judicial proceedings arising out of violations of anticorruption legislation. He holds an LLB from the Faculty of Law of the Pontifical Catholic University of São Paulo and an LLM from the University of London, King’s College. He is ranked in Chambers Global as Band 4 and in Chambers Brazil as Band 3 in Compliance.