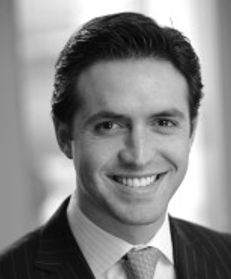 Diego Sierra is the head partner of the bankruptcy and restructuring and anticorruption and compliance practices of Von Wobeser y Sierra. He has approximately 15 years of experience and frequently acts as counsel in complex commercial litigation and commercial arbitration disputes. Diego represents several national and international clients in the resolution and prevention of commercial disputes. He has advised global Fortune 500 companies and financial institutions in the United States and Mexico in FCPA investigations and due diligence matters. In recent years, he has been involved in the most important and complex bankruptcy proceedings taking place in Mexico, advising creditors as well as debtors. Diego Sierra is a graduate from the Escuela Libre de Derecho where he graduated with honours and was President of the Student Council in 2006–2007. He holds a law master's (LLM) and a certificate in business administration with honours from Northwestern University School of Law & Kellogg School of Management in Chicago (2011). He was an International Visiting Attorney at Skadden, Arps, Slate, Meagher & Flom LLP, in New York (2011–2012). Diego Sierra is admitted to practise in New York. Diego currently is the co-chair of the Insolvency Committee (2017–2019) in the Mexican Bar Association and Vice President of the Anticorruption Committee of the International Chamber of Commerce (ICC) Mexico.