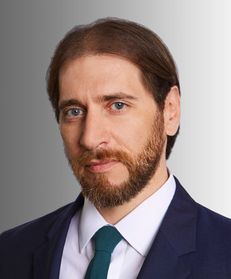 Mr Gosis is a partner at the law firm of GST LLP. He has acted as counsel or arbitrator in numerous international disputes, serving as of counsel to the treasury department of the Republic of Argentina where he participated in dozens of cases resulting from the 2001 crisis in Argentina. His experience includes cases under the rules of the ICC, ICDR, UNCITRAL and ICSID in matters disputed in Spanish, English and Portuguese. He has appeared as an expert or counsel before courts in various jurisdictions. Mr Gosis is a member of the ICC’s Latin American Group, the Institute of World Business Law, and Commission on Arbitration and ADR. He is also a member of ICCA and the Joint Task Force with Queen Mary University on Third Party Funding, among other initiatives. Mr Gosis was a regional representative for Latin America for the ICC-YAF from 2011 to 2014 and a member of the advisory board of the FDI Moot. He is a frequent speaker at congresses, seminars, and other events organised by universities and professional organisations in the Americas and Europe related to commercial and investment arbitration and has coached moot teams for more than 10 years from the University of Buenos Aires. He has published numerous articles in journals located in various continents. For years, he has been included in rankings of Latin American specialists in international arbitration by Legal 500, Chambers, Who’s Who and Global Arbitration Review.