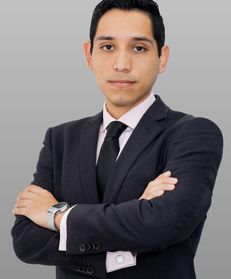 David Vidal is attorney graduated from Universidad Peruana de Ciencias Aplicadas with the highest qualification, and holds a specialisation in construction law from the Graduate School of Universidad Peruana de Ciencias Aplicadas, where he obtained the highest qualification. He joined the firm in 2015. His professional experience includes the use of alternative dispute resolution mechanisms such as conciliation and arbitration, in addition to civil procedural law and administrative law.

Among his academic achievements, David Vidal took part in the fifth and sixth International Arbitration competitions organised by Universidad del Rosario de Bogotá and Universidad Buenos Aires, representing Universidad Peruana de Ciencias Aplicadas. He served as a speaker in the fifth edition and as head of the research team in the sixth edition, achieving an excellent performance and recognition for the university.