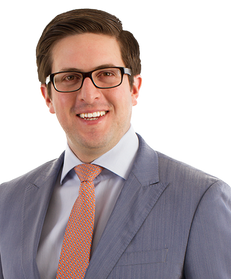 Daniel Robalino Orellana's practice focuses on antitrust and regulatory economic law matters, as well as on foreign investment planning and foreign trade. Additionally, Daniel has been actively involved in international arbitration practice, both on investment and commercial disputes, under CIADI and UNCITRAL rules.

Since 2011, upon passage of the Organic Law for Regulation and Control of Market Power (Antitrust Law), he has advised national and international clients on litigation involving competition, cease commitments, mergers and acquisitions subject to prior control, and planning and implementation of compliance programs. He has led cases related to a variety of industries, including: agribusiness, food and drink, aviation, banking, cement, construction, pharmaceutical, franchises, oil (upstream and downstream), press, advertising, retail, reinsurance, telecommunications and vehicles, among others.

Before joining the Ferrere team Daniel worked for one of Ecuador’s top law firms, where he directed the economic law practice. Since 2013 he has been recognised by The Legal 500 for his solid knowledge of the Ecuadorian market and his dedication.

He is included on the list arbitration Secretaries of the Arbitration and Mediation Centre of the Ecuador-American Chamber of Commerce (AMCHAM) in Quito, and sits on the boards of directors of renowned companies with operations in Ecuador.

Daniel has published research in national and international reviews, and was assistant professor in Theory of Proof and General Theory of Obligations at Universidad San Francisco de Quito and Pontificia Universidad Católica del Ecuador, respectively. Since 2014 he has trained the Arbitration Team of Universidad del Azuay for the International Arbitration Competition organised annually by University of Buenos Aires.

He studied law at the San Francisco University of Quito (Ecuador) and graduated as a lawyer in 2010. He obtained a postgraduate diploma in competition law from The College of Law of England and Wales in 2011. That same year he participated in the Academy of American and International Law sponsored by the Southwestern Institute for International and Comparative Law, in Dallas, United States. In 2018, he earned an LLM from Northwestern University Pritzker School of Law (Chicago).