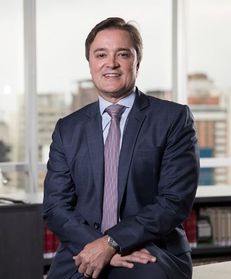 Clovis Torres was chief compliance officer and general counsel at Vale between 2001 and January 2018. He was responsible for the company’s legal and tax affairs, human resources, sustainability, energy, governance, integrity, M&A and participations areas. During his first term with Vale, from 2003 to 2007, Clovis was the director of the corporate legal department.

In 2007, Clovis took up the position of executive vice president at Bahia Mineração where he coordinated the implementation of the Pedra de Ferro Project, a mining complex designed to produce 25 million tons of iron ore. Clovis was a partner at Machado, Meyer, Sendacz e Opice Advogados between 2000 and 2003. He also worked at IFC – International Finance Corporation in Washington, DC, and at Cargill. In 2015, Clovis was the chairman of the board of directors at Petrobras Distribuidora S.A. and an alternate member of the board of directors at Petrobras S.A.