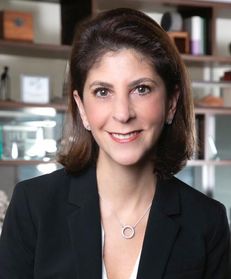 Cecilia is a lawyer specialising in arbitration, mediation and judicial procedures related to alternative means of dispute resolution with more than 25 years of experience.

She joined Galicia as a partner in 2018, where she focuses her practice on complex domestic and international commercial disputes. Acting as arbitrator, counsel, mediator or expert in Mexican law, she has developed a broad experience, particularly in cases related to energy, infrastructure, construction and commercial mediations.

Cecilia is recognised for her expertise and record of accomplishment in complex judicial proceedings related to arbitration before Mexican courts, such as set-aside and enforcement of awards, interim measures, among others. In close collaboration with other practice areas of the firm, she advises clients in investorstate dispute settlement matters, specifically by analysing investment protection provisions in investment treaties to which Mexico is party.

She teaches arbitration and mediation in undergraduate courses at Universidad Panamericana. From 2019 to 2021, Cecilia served as president of the Mexican Institute of Arbitration (IMA). She is currently vice-president of the Arbitration Commission of the ICC Mexico. She is on Mexico’s list of conciliators in ICSID proceedings and is a member of the International Arbitration Court of the ICC. Previously, she served as Secretary General and Counsel of the Mexican Arbitration Center (CAM) and as a consultant for the Mediation Project in Mexico sponsored by the American Bar Association and the United States Agency for International Development.

She is recommended by Who’s Who Legal as both a national and global leader, praised in Chambers and Partners for her ‘analytical skills’, and described by The Legal 500 as a ‘highly-respected arbitration specialist’. In 2021, due to her trajectory, her name was incorporated in the list of Most in Demand Arbitrators in Chambers and Partners. Cecilia is the first Mexican woman to be included on such list. Her native language is Spanish and she is fluent in English and French.