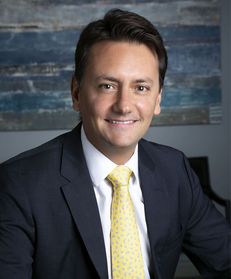 Carlos Escoto is an environmental lawyer who joined Galicia Abogados in 2013 as an associate in the environmental practice of the firm. With over 22 years of experience, he is a recognised specialist in the development of infrastructure, renewable energies, oil and gas, mining, manufacturing industries and tourism projects.

Since joining Galicia’s environmental practice in 2013, he has focused on drafting, enacting and the enforcement of environmental policy and regulation, and on the environmental aspects of mergers and acquisitions and financing projects.

He obtained his law degree from the Instituto Tecnológico Autónomo de México and holds a master’s in science in environment and sustainable development from University College London, where he studied as a British Chevening Scholar. Furthermore, he is a LEAD Fellow, after completing his specialisation studies at the Colegio de México as part of the XVIth Cohort of this international programme in 2012.

He has been recognised as ‘Up & Coming’ in The 2023 Latin American Guide (Chambers and Partners) in environmental practice. Likewise, he has been ranked as Next Generation Partner in The Legal 500 Latin America 2023 rankings in the same practice. He is a member of Galicia’s sustainability committee.