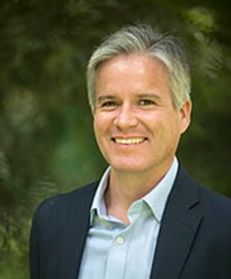 His areas of practice during over 20 years of professional practice have been those of consultation services and tax planning for companies; structuring and support in the negotiation of domestic transactions as well as of transactions abroad; counseling in the controversies with the tax authorities both at governmental level and procedures before administrative courts; and counseling in planning for wealth protection and management.

Benjamín has been professor at the specialisation in tax law in the following universities: Andes, Rosario, Javeriana, Externado de Colombia, Sabana, EAFIT and ICESI. He has been speaker, panellist and lecturer in several events both in Colombia and abroad. Author of several articles and of the book Normas y convenios para evitar la doble imposición internacional en el impuesto de renta y en el impuesto al patrimonio en Colombia – “Regulations and Treaties for the Avoidance of International Double Taxation in the Income Tax and the Net Worth Tax in Colombia" published by the Centro de Estudios Tributarios de Antioquia (Centre for Tax Studies of Antioquia), CETA, Medellín, 2010.

He is member of the board of directors of the Instituto Colombiano de Derecho Tributario (Colombian Institute for Tax Law), ICDT, since July 2005 and chairman of that Institute for the period 2015­--2016.

Member of the tax committee of the Colombian American Chamber of Commerce from 2006 to 2013 and chairman of said Committee during years 2007 to 2010.

Member of the executive committee of the International Fiscal Association, IFA, Colombian chapter since 2008 and until 2015 and chairman of this chapter during the 2010–2011 period.

He speaks Spanish, English and German.