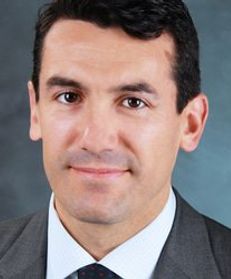 Anthony Lewis is a special counsel in the Firm’s Litigation Group. His practice focuses on international investigations, cybercrime matters, and regulatory enforcement proceedings.Government ServiceMr. Lewis joined the Firm in 2019 from the United States Attorney’s Office for the Central District of California, where he was Deputy Chief of the Terrorism and Export Crimes Section. During more than 10 years of service, he prosecuted sophisticated cybercrimes, financial frauds and criminal tax cases, as well as various domestic and international counterintelligence and counterterrorism matters. Mr. Lewis’ experience includes charging the largest-ever cyber heist at Bangladesh’s central bank that was part of a North Korean conspiracy, which also included computer network intrusions at other banks and at Sony Pictures Entertainment, and used the WannaCry ransomware. He also led the prosecution resulting in the conviction of a businessman for conspiring with military officers to steal aerospace and military technology from defense contractors. Additionally, Mr. Lewis was part of the litigating team seeking to compel Apple to decrypt an iPhone used by a terrorist in the San Bernardino attack. His work has involved in-depth digital forensic review, malware comparison, and internet-based investigation. He has conducted and supervised investigations and prosecutions involving OFAC-administered sanctions, the Export Administration Regulations, and the International Traffic in Arms Regulations. Mr. Lewis has tried a variety of cases and briefed and argued appeals before the Ninth Circuit.Mr. Lewis began his career as an associate at S&C, where he worked on complex government investigations.