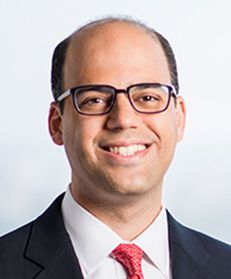 Andrew Levine is a litigation partner at Debevoise & Plimpton, a member of the firm’s white collar and regulatory defence group and co-head of its Latin America practice. He is well recognised in the region and elsewhere for defending companies and individuals in criminal, civil and regulatory enforcement matters and for conducting internal investigations. Mr Levine serves as a trusted adviser to numerous leading global companies and has represented many clients on corruption- related matters in Latin America, including the Lava Jato, Zelotes, Carne Fraca and FIFA scandals. He has led important representations in Argentina, Brazil, Chile, Colombia, Ecuador, Guatemala, Mexico, Peru, Uruguay and Venezuela, among other countries. In addition to his active defence and investigations practice, Mr Levine frequently advises clients on a broad array of compliance matters, including conducting risk assessments, enhancing compliance programmes and mitigating risks presented by potential corporate transactions. His practice also encompasses complex litigation and other commercial disputes, often with an enforcement or investigative connection.

Mr Levine is ranked as one of the two top lawyers for corporate crime and investigations in Latin America by Chambers Latin America and as a leading lawyer for FCPA by Chambers USA. Clients in these directories have described him as ‘a massive name in the region for this kind of work’, ‘a leading expert in providing sophisticated compliance advice to large multinationals’ and ‘a reassuring presence in tumultuous times’ with ‘a very business-oriented way of finding and presenting solutions’. Mr Levine has also been praised as ‘an amazing lawyer who is extremely practical, to the point and very responsive’ and for possessing a ‘global view when representing clients’. The Legal 500 Latin America quotes one client who asserts: ‘Andrew Levine is a superstar. He has a wealth of experience and is passionate about his area of practice’.

In 2020, Latin Lawyer named Mr Levine as ‘International Lawyer of the Year’, based on ‘his profile in the market and the vast amount of work he has done to shape the development of anti-corruption and investigations work in Latin America’. Mr Levine actively advances the anti-corruption dialogue in Latin America, including as a thought leader in organising conferences and by publishing widely on related topics. Since 2013, he has co-chaired the ‘Latin Lawyer – GIR Live Annual Anti-Corruption & Investigation Conference’ in São Paulo and, since 2019, has co-chaired the edition of this conference in Mexico City.