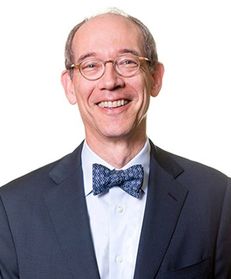 Andrew J Levander is chair of the firm’s policy committee and a partner in the white-collar and securities litigation group. A former Assistant US Attorney for the Southern District of New York in the Securities and Commodities Fraud Unit, Mr Levander is consistently recognised for excellence in the practice of law. Mr Levander is a fellow of the American College of Trial Lawyers, which is widely considered to be the premier professional trial organisation in the United States. Since 2004, he has been cited as a leading lawyer by Chambers USA, a referral guide to leading lawyers in the United States based on the opinions of their peers and clients. In 2017, Mr Levander was named as ‘Litigator of the Year’ by The American Lawyer for being a lawyer who has ‘reshaped the law, the industries in which their clients operate and the way their colleagues in the bar approach cases’. Mr Levander received the Chambers US award for excellence in Litigation: White Collar Crime & Government Investigations category in both 2013 and 2010. He has also been honoured by Law360, The Best Lawyers in America, Benchmark Litigation and The Legal 500 for his litigation skills.