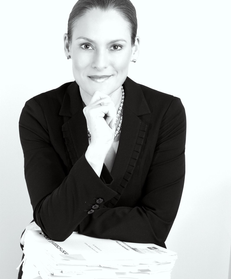 Mrs Hulbert has 25 years of professional practice. She is the founding partner and director of Hulbert Volio Montero law firm; and founder and academic director of the Centre for International Studies Jorge Volio J. She has vast experience in national and international law, with special emphasis in dispute resolution and ADR on complex cases.

Mrs Hulbert received the following awards, honours and recognitions: The Butterfly Award given by the Association for Leadership and Social Ascent (ALAS). This recognition was awarded "... for her leadership, courage and ability to evolve and change as a professional, building a highly inspiring legacy for the next generation of women ....", 2012; Global Awards 2017. Award for Excellence in Legal Services in Conflict Resolution and Disputes in Costa Rica; Chambers and Partners ranked as one of the Best Dispute Resolution lawyers in Latin America (2016, 2017, 2018, 2019); Global Excellence Award as the Most Influential Woman in Civil Litigation in Costa Rica in 2018, by AI-The Voice of Corporate Finance.