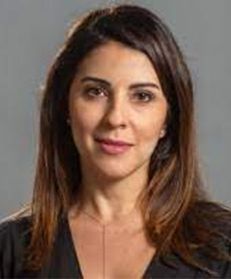 Adriana Prado is a senior director, based in Brazil, at FTI Consulting. She has over 15 years of experience in major PR firms and media outlets. Ms Prado specialises in the intersection between communications, cybersecurity, data protection and privacy. She frequently presents at tier 1 events in Brazil and conducts workshops in partnerships with key players in this field.

Prior to joining FTI Consulting, Ms Prado was a director at the global communications consulting firm Brunswick Group, where she worked for nearly seven years and participated in major crisis, M&A, litigation and profile-raising projects. She co-led Brunswick’s cybersecurity, data protection and privacy offer in Brazil. Ms Prado has also worked for some of the major Brazilian media outlets, such as O Globo and Extra newspapers, the all-news radio station CBN, and IstoÉ magazine. In the corporate communications field, she was part of the FSB PR agency’s social media team.

Fluent in English and with intermediate knowledge of Spanish and Italian, she contributed to the Knight Center for Journalism in the Americas at the University of Texas at Austin for almost three years. She graduated in Journalism from the Pontifical Catholic University of Rio de Janeiro and took a post-graduate in Communications, Marketing and Information Technology at FIA in São Paulo.