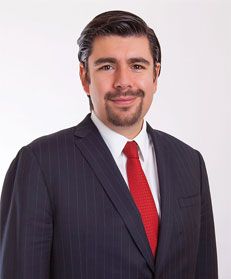 Adrián is a litigation and arbitration expert admitted to practise in Mexico and New York, with close to 20 years of experience. He has worked in Mexico City, Washington, DC and Beijing. He has acted as counsel in arbitrations (ICC, LCIA, ICSID, AAA, ICDR, UNCITRAL, CAM, CANACO) in the commercial, infrastructure, energy and investor-state sectors, and also appears as arbitrator. His litigation experience includes commercial and administrative law trials before Mexican courts, class actions and transnational litigations. He has also acted as an expert on Mexican law before courts in the United States. Adrián is Vice President of Legality and Rule of Law Committee of the American Chamber of Commerce (AMCHAM) – Mexico, Treasurer of the Arbitration Committee of the International Bar Association, professor of International Litigation at the Escuela Libre de Derecho in Mexico City, and former Chairman of the Arbitration Committee of the Mexican Bar Association (2012-2018). He has been recognised as a leader in his field by editorials including Latin Lawyer 250, Chambers and Partners (Global and Latin America), Who's Who Legal, Global Arbitration Review, and The Legal 500. He is described as an “extremely talented practitioner and a great advocate”, an “excellent strategist” and “a very bright and eloquent force in Mexico’s arbitration market”.  Adrián graduated with high honours from the Escuela Libre de Derecho and holds an LLM degree from New York University School of Law, where he received a full tuition scholarship and the Arthur T Vanderbilt Scholar Award for academic merit.